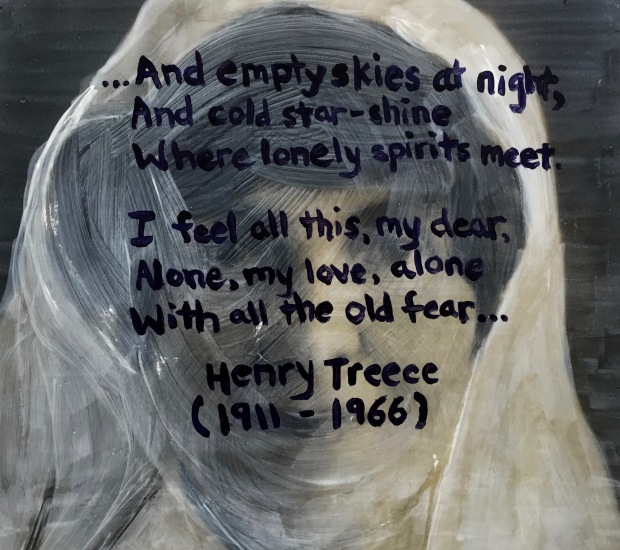 Henry Treece was a published poet before World War II, so it is fitting he documented his experience as an intelligence officer in the Royal Air Force (from 1941 – 1946) in poetry as well. He wrote In The Third Year Of War from the center of a conflagration for which he could see no end. We have the benefit of history to know that in ~ 1944 the end of the war was indeed coming, but it does not lessen the despair we feel coming from his poem. After the war Mr. Treece focused on fiction and is primarily remembered today for his historical fiction novels for children. Mixed media collage and composition by me. To read the entire poem, click the “read more” button or scroll down.