I posted this originally in August 2015 and that definitely feels like more than 5 years ago! Continuing on the theme of surreal this week, these surrealist proverbs were published in 1925. Both men survived the horrors of WW1 – Paul Éluard worked at a military hospital for much of the war, where he was assigned to write letters to dead soldier’s families. He wrote up to 150 per day.

The text of my original post is below. I hope everyone is staying safe and healthy!

END_OF_DOCUMENT_TOKEN_TO_BE_REPLACED 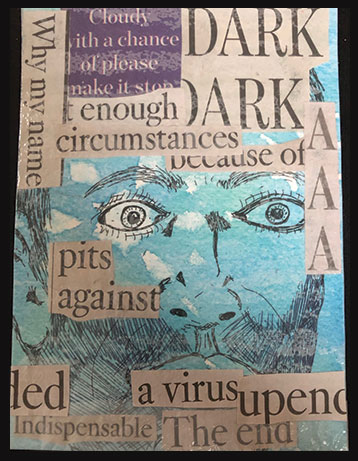 Before taking a big bag of newspaper to the recycling bin, I went through the last two months of Sundays and cut out a whole pile of headlines. I arranged some of them without regard to order on a recycled art card of mine and I found the result seemed to fit the mood of these chaotic and uncertain times. I hope everyone is staying safe and sane wherever you are. 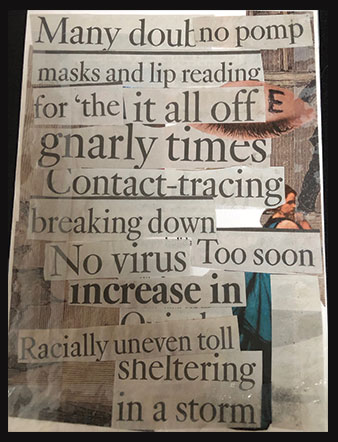 My recent “return” post about being in the desert brought this piece I did a few years ago to mind. I checked again today and didn’t find any additional information about Mr. Orr aside from a few references in contemporary books to the poem and nothing after 1920. A mystery he remains. The original text of my post is below.

END_OF_DOCUMENT_TOKEN_TO_BE_REPLACED 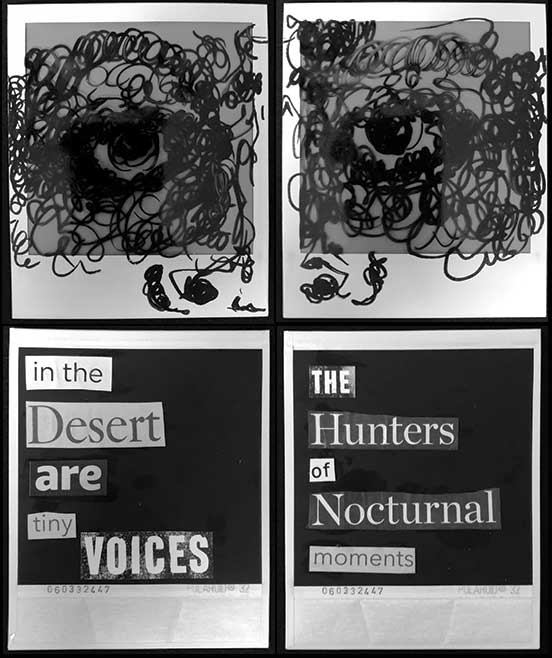 It’s been a while since my last post – so I hope everyone is well and staying safe and sane during the lockdown. I will be gradually retooling this site to reflect where my life and art practice is at right now, so bear with me! END_OF_DOCUMENT_TOKEN_TO_BE_REPLACED

Heroin, cancer –
nothing could stop your prayer:
a saint of music.

The history haiku for today is to honor the birth of the legendary jazz musician John Coltrane (1926 – 1967). He struggled with addiction as a young man, and sadly, his career was cut short by liver cancer at the age of 40, but he had an outsized impact on jazz and music in general. Especially towards the end of his life, he believed his music had a spiritual dimension, one that transcended any particular religion and tended towards a universalism.

John Coltrane has made an appearance here on Illustrated Poetry before – in an illustration of the poem In Memoriam John Coltrane by Michael Stillman. I’ve posted it below (or click here to go to the original post from 2014).  Have a great weekend! 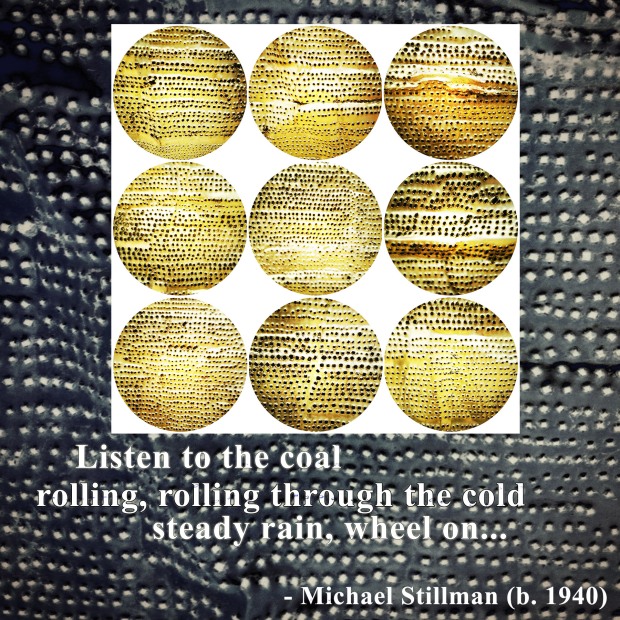 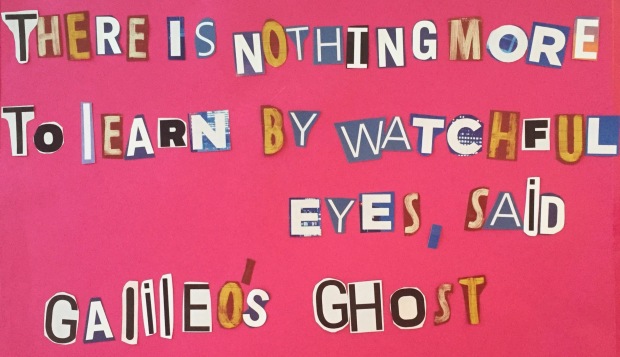 There is nothing more
To learn by watchful eyes, said
Galileo’s ghost.

Today’s history haiku is to commemorate the discovery of Amalthea, one of the moons of Jupiter, by E.E. Barnard in 1892. It was the first new moon of Jupiter discovered since Galileo’s discoveries in 1610 and the last planetary satellite discovered by direct visual observation (as opposed to photographic observation). Barnard (1857-1923) was an American observational astronomer who discovered numerous astronomical features by both direct visual observation and photography, including 15 comets. In the 1880’s there was a prize offered of $200 per newly discovered comet: coming from very modest means, Bernard seized the opportunity and turned in 5 new ones. He used his prize money to build his family a house.

I’m pleased to report that I’ve been keeping up with the daily history haiku. Last Saturday’s haiku, on the Rock Springs Massacre, sadly highlighted the fact that I could, without too much effort, make these haiku a litany of war, battles, and tragedy. In addition to preferring to learn about a new event, I’m trying to vary the topic a little so that is not the case. I suspect, though, that some days that will be hard. Collage and haiku by me. Have a good weekend!

For a few months, I commuted to work twice a week on a bus, and this one was overheard on one such ride. Although this was the first “overheard” I wrote down, it took me a while to draw it. The young man who was speaking was talking to another man across the aisle, although the two did not appear to know each other otherwise. The disappointment of the young man with his mother seemed to revolve squarely around his middle name – no other example of her “failings” was presented.  Pen and watercolor pencil on paper by me.

To view the other “Overheards” in this series click on the title:
I Expected the Notary to be on a Unicycle
Meat and Potatoes, Myself

Have a great Thursday!

I am someone who does well with assignments and “projects” – even if they are self-assigned! So in order to get out of the poetry lull I’ve been in for awhile, I assigned myself the task to write a history haiku a day. People spend lifetimes mastering the art of English haiku and I don’t pretend that these are true haiku in that sense. But I find the strictures of very short poetry to be helpful, so I went with it. Each day I look up the historical events for the day and pick one, trying to favor those I don’t know much (or anything) about.

Today’s haiku recalls the Rock Springs Massacre that took place in Rock Springs, Wyoming in 1885. A mob of white miners turned on their Chinese co-workers, killing 28 of them and injuring 15. The remaining Chinese miners were driven from the settlement. Tensions over unequal pay (Chinese miners were paid less), long simmering anti-Chinese sentiments, and an unsuccessful attempt by white miners to unionize had reached a boiling point. You can read more at Library of Congress’ Today in History (Wikipedia also has a lengthy article). Poem and ink design by me.

END_OF_DOCUMENT_TOKEN_TO_BE_REPLACED

I’m pretty excited about this collaboration too! 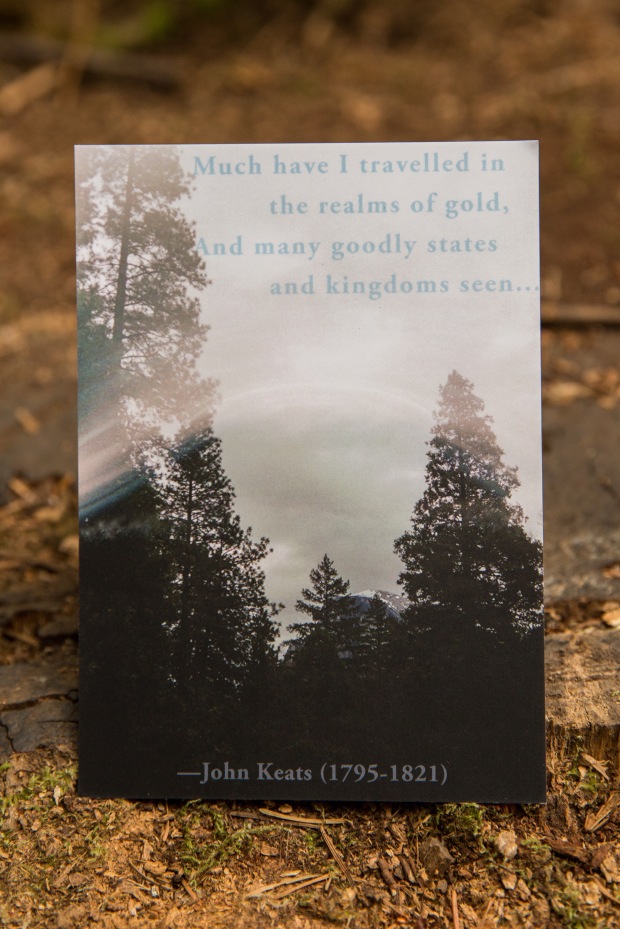 I explore the connection between words - especially poetry - and images. When I commit my vision of these words to paper the composition takes on a life of its own. I hope to enhance, engage, or challenge the words in the poem. Come with me on the journey - together we can find something entirely new! There are endless worlds of illustrated poetry for us to discover. I work in whatever medium the poem or words tells me they need, but primarily ink, photography, and collage. Postcards and mail art are a growing passion - stay tuned!
%d bloggers like this: